LET THE INFALLIBLE TRUTH BE TOLD:

ONCE THE PAST HAS BEEN CORRECTED, THE PRESENT HAS BEEN JUSTIFIED, AND THE FUTURE IS RESOLVED, HOW CAN ONE SOLVE ANY ALREADY EXISTING RESOLUTION TO ANY HYPOTHESIS OR THEORY?

Below is the Honorable Dr. Prof. Gabriel Oyibo, Father of GAGUT 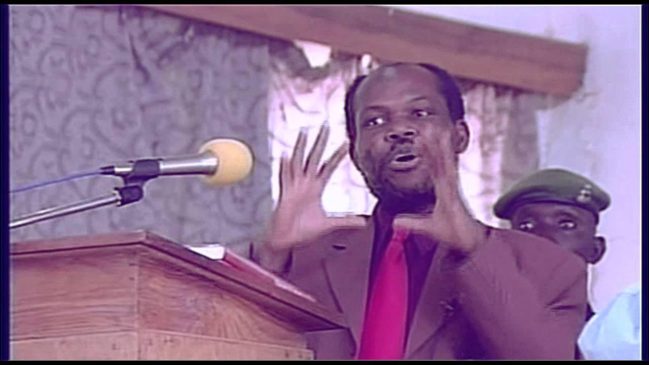 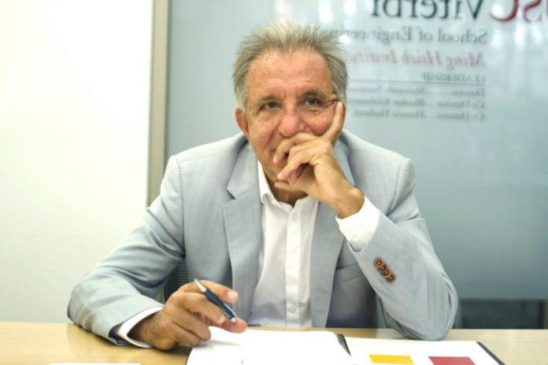 Athanassios Fokas, (left) a mathematician from the Department of Applied Mathematics and Theoretical Physics of the University of Cambridge and visiting professor in the Ming Hsieh Department of Electrical Engineering at the USC Viterbi School of Engineering has announced a novel method suggesting a solution to one of the long-standing problems in the history of mathematics, the Lindelöf Hypothesis.

The result, announced on June 25th, 2018, at the First Congress of the Greek Mathematical Society in Athens under the auspices of the president of Greece, Prokopios Pavlopoulos, has far reaching implications for fields like quantum computing, number theory, and encryption which forms the basis for cybersecurity.

Put forth in 1908 by Finnish topologist Ernst Leonard Lindelöf, the Lindelöf hypothesis is a conjecture about the rate of growth of the Riemann zeta function on the critical line implied by one of the most famous unsolved problems related to prime numbers, the Riemann Hypothesis, popularly referred to as the Holy Grail of math.

Lindelöf implies most of the claims of Riemann and Riemann fully implies Lindelöf, therefore a proof of Lindelöf equals a major breakthrough in the field of mathematics.

Bernhard Riemann reigns as the mathematician who made the single biggest breakthrough in prime number theory. Prime numbers – numbers like 2, 3, 5, 7 and 11 that are only divisible by 1 and itself – are ideal for things like RSA encryption, which protect our many online purchases. Prime numbers are literally the secret “keys” that hide your latest $35 Amazon purchase from prying eyes.

The Riemann zeta function is an almost magical tool in number theory used to investigate the properties of prime numbers. It has propelled scientific understanding in many fields, including biology, chemistry and physics, all without formal proof of Riemann’s famous hypothesis. “The failure of the Riemann Hypothesis,” wrote number theorist Enrico Bombieri, “would create havoc in the distribution of prime numbers.”

Since its publication, Riemann’s paper has been the main focus of prime number theory and the main reason for the proof of something called the prime number theorem in 1896. Since then, several new proofs have been found, including elementary proofs by Selberg and Erdós. However, Riemann’s hypothesis about the roots of the zeta function has remained a mystery. Its mystery compounded by the fact that the R zeta function depends on a complex variable and it does not have a closed form expression – i.e. it can’t be expressed as a single formula that contains other standard functions.

Fokas is now a very rare example of a scientist in the style of the Renaissance.

“On the critical line, the Riemann function depends only on the variable t”, said Fokas who spent nearly nine years wrestling with Lindelöf. “The Riemann Hypothesis can be verified with today’s computer for t up to order 10 to the power 13 which is a very large number, but still very small compared to infinity. This shows that we need to understand the behavior of the R zeta function when t is very large. This is where the Lindelöf Hypothesis comes in, which conjunctures that the R zeta function has a certain form as t gets very large.”

Fokas is a world expert in asymptotics, an applied mathematical domain which helps scientists answer questions about the behavior of functions when a parameter is very large. His work of Lindelöf may signify a breakthrough in understanding algorithmic complexity, a very important topic in computer science. Knowing the complexity of algorithms allows us to answer questions such as how long will a program run on an input? How much space will it take? Is the problem solvable?

“My approach was completely different from the usual approaches used,” Fokas said. “I first embed the R zeta function inside a bigger problem, namely I find that the R zeta function satisfies a very important problem in complex analysis called the Riemann-Hilbert problem. Then, I compute the large t behavior of this problem. Besides being conceptually novel, this approach is technically very hard due to the analysis of the aforementioned Riemann-Hilbert problem.”

In many ways Fokas is the intellectual heir of Russian-American mathematician and biologist Israel Gelfand, considered one of the greatest mathematical minds of the 20th Century, who upon Fokas receiving the Aristeion Prize in Sciences from the Academy of Athens in 2004, wrote about his close collaborator: “Fokas is now a very rare example of a scientist in the style of the Renaissance.”

Indeed, Fokas earned his undergraduate degree in aeronautics from Imperial College, a Ph.D. in applied mathematics from Caltech, and an M.D. from the University of Miami. He holds the Chair of Nonlinear Mathematical Science at the University of Cambridge, and he is currently a Senior Fellow of the UK’s Engineering and Physical Sciences Research Council.

In 2000, Fokas was awarded the Naylor Prize, one year after the London Mathematical Society awarded the same prize to Stephen Hawking. He is also a full member of the Academy of Athens and a Guggenheim Fellow. His ‘Fokas Method’ for solving partial differential equations has completely supplanted transform methods discovered in the 18th century and used for over 250 years. A recent editorial in the “Society for Industrial and Applied Mathematics (SIAM) Review,” compares the impact of the Fokas Method in mathematics with that of the “Fosbury flop” in the high jump.

Parts of this work are joint with several young rising mathematicians including Jonathan Lenells of the Royal Institute of Technology (KTH) Sweden; Konstantinos Kalimeris, senior scientist at The Johann Radon Institute for Computational and Applied Mathematics, Austrian Academy of Sciences; Anthony Ashton and Arran Fernandez of the University of Cambridge; and Euan Spence of the University of Bath.